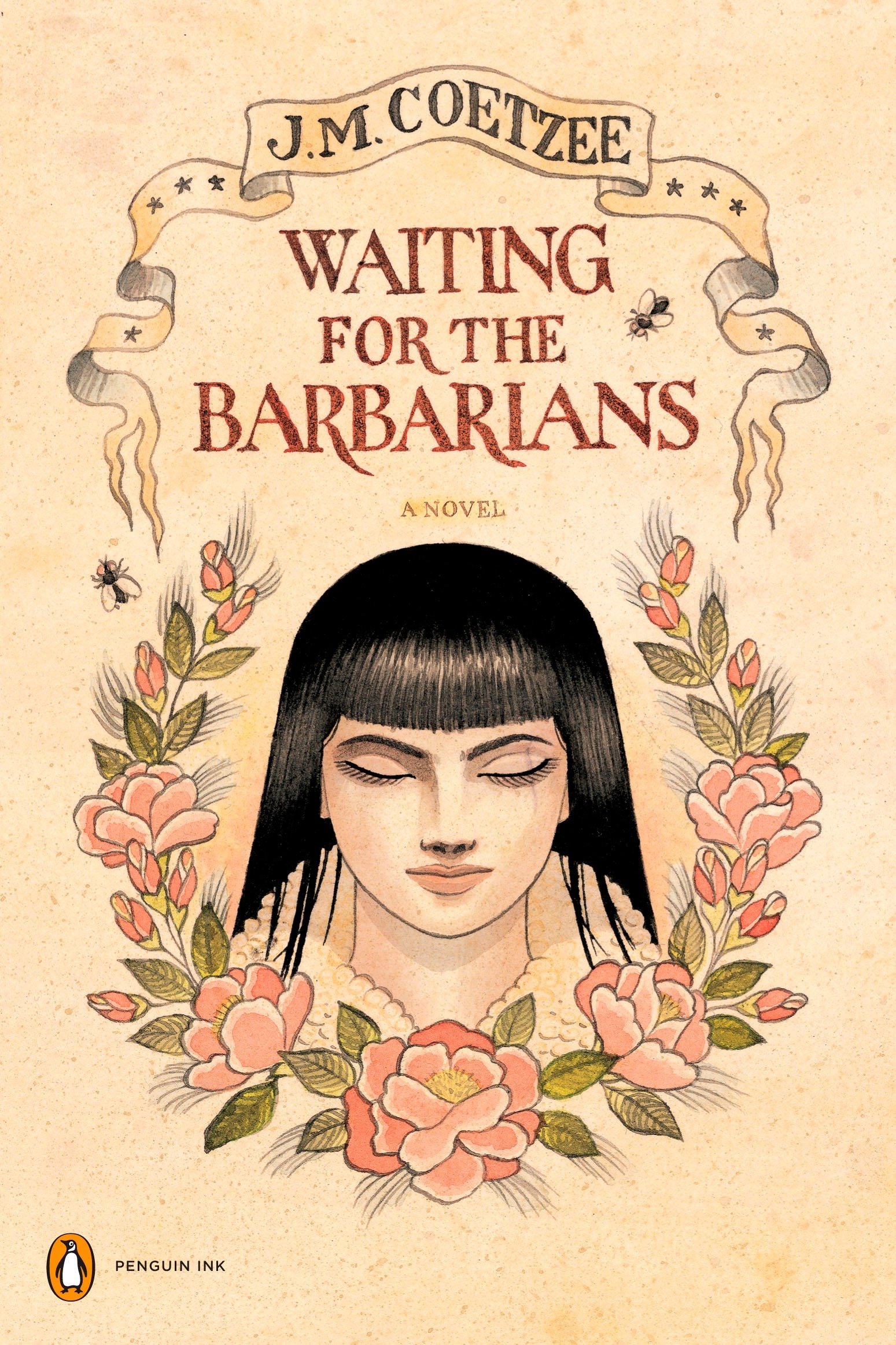 Waiting for the Barbarians

For decades the Magistrate has run the affairs of a tiny frontier settlement, ignoring the impending war between the barbarians and the Empire, whose servant he is. But when the interrogation experts arrive, he is jolted into sympathy with the victims and into a quixotic act of rebellion which lands him in prison, branded as an enemy of the state.

“Where civilization entailed the corruption of barbarian virtues and the creation of dependent people, I decided, I was opposed to civilization.”

J.M. Coetzee, Waiting for the Barbarians