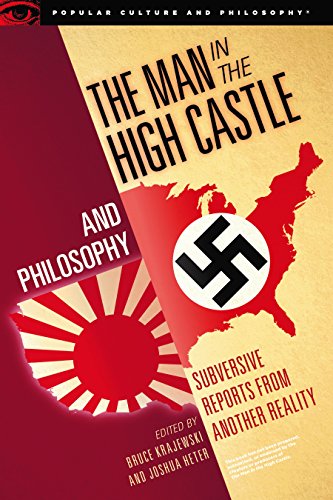 The Man in the High Castle

America, fifteen years after the end of the Second World War. The winning Axis powers have divided their spoils: the Nazis control New York, while California is ruled by the Japanese. But between these two states – locked in a cold war – lies a neutal buffer zone in which legendary author Hawthorne Abendsen is rumoured to live.

“A weird time in which we are alive. We can travel anywhere we want, even to other planets. And for what? To sit day after day, declining in morale and hope.”

Philip K. Dick, The Man in the High Castle