Markus Zusak is the international bestselling author of six novels, including The Book Thief and most recently, Bridge of Clay.

His work is translated into more than forty languages, and has spent more than a decade on the New York Times bestseller list, establishing Zusak as one of the most successful authors to come out of Australia.

All of Zusak’s books – including earlier titles, The Underdog, Fighting Ruben Wolfe, When Dogs Cry (also titled Getting the Girl), The Messenger (or I am the Messenger) – have been awarded numerous honours around the world, ranging from literary prizes to readers choice awards to prizes voted on by booksellers.

✦ He began writing fiction at age 16.

✦ He worked as a house painter, a janitor and an English teacher.

✦ The Book Thief reached the #1 spot on the New York Times Bestsellers for over 8 years. 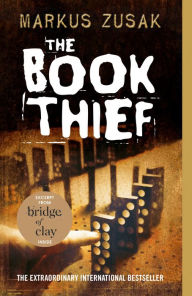