On this date in 1923, Joseph Heller was born in Brooklyn, N.Y., to Lena and Isaac Heller, working-class Jewish parents. He enlisted in the U.S. Army Air Force and flew 60 missions as a bombardier in North Africa and Italy. After WW II, Heller graduated from New York University with a B.A. in 1948, earned his M.A. at Columbia in 1949, and was a Fulbright scholar at Oxford in 1949-50. After teaching composition for two years at Penn State University and writing copy for an ad agency, he started writing fiction.

✦ He taught composition at Penn State and fiction at Yale.

✦ Heller flew 60 combat missions as a B-25 bombardier. 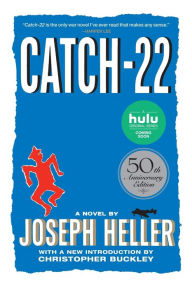