Hermann Karl Hesse was a German-born poet, novelist, and painter. His best-known works include Demian, Steppenwolf, Siddhartha, and The Glass Bead Game, each of which explores an individual’s search for authenticity, self-knowledge and spirituality. In 1946, he received the Nobel Prize in Literature.

✦ Hesse was very fluent to speak different kinds of languages.

✦ He attempted to work against Hitler. 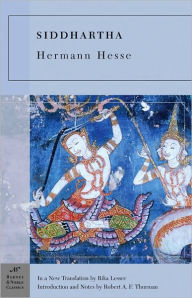