He was a French Enlightenment writer, historian, and philosopher famous for his wit, his criticism of Christianity, especially the Roman Catholic Church, as well as his advocacy of freedom of speech, freedom of religion, and separation of church and state.

✦ Voltaire​ was imprisoned in the Bastille for nearly a year.

✦ He became wealthy by the lottery.

Voltaire Foundation awards the scholarship in memory of the writer. 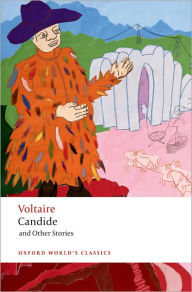 Candide and Other Stories