Octavia Estelle Butler, often referred to as the “grand dame of science fiction,” was born in Pasadena, California on June 22, 1947. She received an Associate of Arts degree in 1968 from Pasadena Community College, and also attended California State University in Los Angeles and the University of California, Los Angeles. During 1969 and 1970, she studied at the Screenwriter’s Guild Open Door Program and the Clarion Science Fiction Writers’ Workshop, where she took a class with science fiction master Harlan Ellison (who later became her mentor), and which led to Butler selling her first science fiction stories.

✦ She raised as Baptist.

✦ She never drove a car.

The Octavia E. Butler Memorial Scholarship enables writers of color to attend one of the Clarion writing workshops, where Octavia got her start. It furthers Octavia’s legacy by providing the same experience/opportunity that Octavia had to future generations of new writers of color. 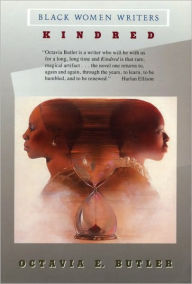