He was an American novelist from New Orleans, Louisiana, whose posthumously published novel A Confederacy of Dunces won the Pulitzer Prize for Fiction. He also wrote The Neon Bible.

✦ A Confederacy of Dunces in the early sixties and tried unsuccessfully to get the novel published.

✦ By the age of sixteen, He completed his first novel, The Neon Bible, and sought publication, all without the knowledge of his parents. 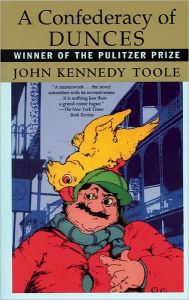 A Confederacy Of Dunces